In Pursuit of Justice

In America we have people from all kinds of backgrounds, all in a cluster, together, and consequently law has become very important in this country. Lawyers and law are what hold us together. There is no ethos. The Power of Myth (Joseph Campbell, 1988, with PBS / Bill Moyers)

I opened my law office back in 1992 with a $10,000.00 settlement from a work-related accident that injured my back and condemned me to a life of pain. My only other asset to go into private practice was the moral support of my family. I was “hungry” and in need clientele. My “advertising budget” consisted mainly of “word of mouth” and some “homemade” flyers. Yet, as a Solo Practitioner, my law practice soon flourished. During my four years of law school, I worked as a Law Clerk for a prominent attorney and for the Legal Aid Foundation. I thus hit the road running having had a fair chance to familiarize myself with the essential workings of a law practice. By the time I opened my law office, I felt confident in taking and in litigating cases in the areas of Tort Law, Contract Law, Property Law, Landlord/Tenant Law, Administrative Law and Consumer Law; and, except for acting as a Lawyer in Court, I had a pretty good handle of all aspects of Civil Litigation. And all of this was good because, as a new attorney and being in a Solo Practice, I could not say no to any work that would help me pay my bills. Personal Injury / Accidents, Unlawful Detainer / Evictions, Breach of Contract disputes, as well as a miscellanea of legal problems and situations suffered by my clients helped me earned my fees in the early years of my career.

The first criminal case that I ever handled involved a drugs-related felony charge. My client came to my office bitterly complaining about the abilities and disposition of the Public Defender Lawyer that was representing him. As my client talked to me about his legal matter, I was internally debating as to whether to take the case. Judging that honesty was the best policy, I told my client that before he considered hiring me that he should know that I had never represented anybody in criminal court, adding that if he entrusted me with his problem I would do my absolute best in representing him. He immediately replied: “that is exactly what I am looking for in an attorney”. He hired me and things ended well for both of us. Since then, and over the years, I have appeared an innumerable number of times in cases in Courts throughout Southern and Central California. I have represented clients in most types of Misdemeanor and Felony charges; as well as in violation of probation and parole hearings and matters. I go to both, Adult Criminal Court, as well as Juvenile Court. My hard work and determination allows me to negotiate advantageous plea bargains for my clients, as well as good results in jury trials.

With respect to Family Law, early on I did not want to enter into that field of practice. You hear bad things from other lawyers. My first divorce case came about because I could not say no to a relative of mine. If I did not help her, it was unlikely that she could ever get divorced due to complications involving international borders. Once committed to assist her, I decided that if I was going to learn how to do one divorce, might as well learn the entire field and incorporate that in my practice. And I did so. Despite other lawyers’ warnings, throughout the years, I have found that I am, (in character, personality and disposition), well-suited and uniquely gifted to assist and represent my clients who, in one way of another, are undergoing terrible personal and family crises brought upon by legal problems. And the same thing can be said about my Criminal Law practice which, together with Family Law, have constituted the bulk of my practice for many years.

My guiding principles: Empathic concern for the individual, vigorous advocacy, competent representation and a relentless pursuit of justice. 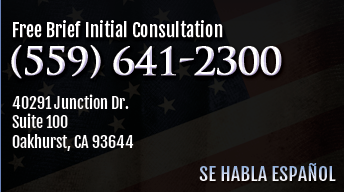